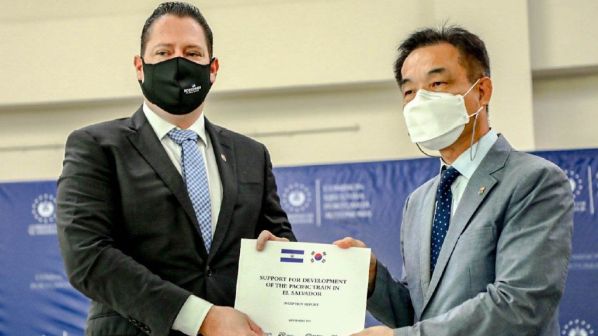 THE Autonomous Executive Port Commission (CEPA) of the government of El Salvador and the Central American Bank for Economic Integration (Cabei) have confirmed that a Korean consortium will conduct a study for El Salvador’s Pacific Train Project.

Under the project, Soosung will provide a technical evaluation of the country’s 555km 914mm-gauge network, which closed in 2002, and assess the viability of the network to transport freight and passengers. Soosung Engineering is leading the consortium and is supported by Korea National Railway, Dong Engineering Consultants and Architecture and Pyunghwa Engineering Consultants. The contract will last for 12 months.

The technical teams will evaluate the reinstatement of a rail freight line between the capital San Salvador and the developing port city of Acajutla as well as the possibility of an extension from Acajutla to La Hachadura, on the border with Guatemala. The study is split into five elements:

The project is financed by a non-reimbursable technical cooperation of $US 450,000 approved by the Republic of Korea within the framework of CABEI’s Korea-CABEI Single Donor Trust Fund.

Soosung is also conducting a study for the Costa Rican government on the revival of the 98.3km San Jose - Puntarenas line under a contract awarded in February. Soosung said at the time of the award that it was hoping to use the win as a springboard into the central American railway market. It is also targeting the San Jose metropolitan train project as part of a Team Korea bidding party.