FULL commercial services began today on the first light rail line in the Argentinean city of Mendoza. The Green Line runs for 12.5km along the alignment of a former heavy-rail line between Mendoza Station and General Gutiérrez in the suburb of Maipú. 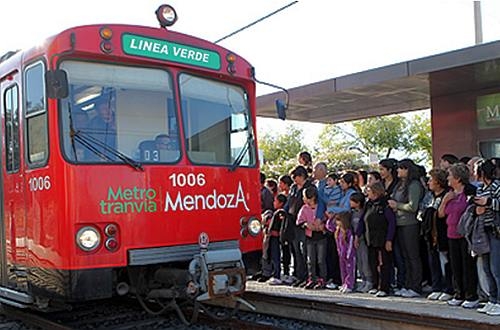 The Green Line has 15 stations and services are operated by a fleet of 11 Siemens-Duewag U2 trams acquired from San Diego, which were built in the 1980s. The official inauguration took place in February and frequencies have gradually increased in the run-up to the launch of the full 10-minute interval service.

Construction is due to start before the end of the year on an extension of the line north to Panquehua. To support the expansion of the network, the city is likely to acquire further U2 vehicles from San Diego Metropolitan Transit System, which is phasing out the trams in favour of new Siemens S70 LRVs.