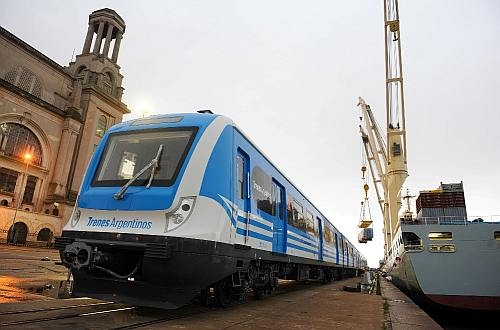 CSR Qingdao Sifang is supplying 30-six car trains for the Mitre Line, having recently completed delivery of 25 nine-car sets for the Sarmiento Line, the first of which entered service in July.

The first Mitre Line trains will enter service between Buenos Aires Retiro and Tigre by the end of the year, replacing life-expired rolling stock with an average age of more than 50 years.

Alongside the introduction of new trains, 30 stations are being modernised and infrastructure on the three branches of the Mitre Line is being upgraded. Track renewal has already been completed on the Tigre and Bartolomé Mitre branches while the modernisation of the 37km Retiro – José León Suárez line is due to be finished soon.