PROPOSALS for two separate projects to improve passenger and freight links between the Chilean capital Santiago and nearby cities on the Pacific coast were unveiled in early January. 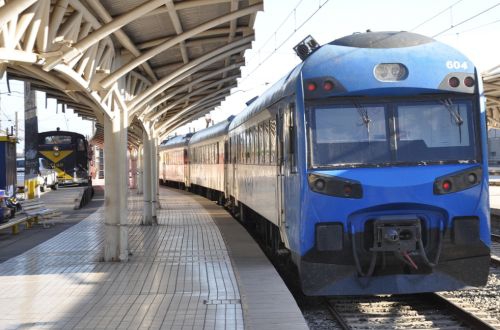 The first proposal comes from Tren Santiago Valparaíso (TSV), a consortium of China Railway Group and Chilean industrial conglomerate Sigdo Koppers, which is looking to build a 200km/h line connecting the west of Santiago with Valparaíso via the town of Casablanca. While primarily a passenger project, TSV is also intended to improve rail access to the ports of San Antonio and Valparaíso.

The consortium estimates the project will require an investment of around $US 1.6bn, but claims that no public subsidy would be required.

On 17th January, a few days after the TSV statement, Chile’s outgoing president, Mrs Michelle Bachelet, made a long-awaited announcement, confirming that port development in central Chile will be concentrated on San Antonio, rather than Valparaíso.

This prompted Chilean State Railways (EFE) president Mr Germán Correa to confirm his company has been working on a project to improve rail access to the port, where rail's share of the freight market is currently less than 10%.

EFE’s project is phased, the first stage comprising upgrades of the existing single-track Santiago - San Antonio line, including the lengthening of passing loops to 1200m. In a second phase, the line would be doubled and an intermodal freight terminal built in the southwestern outskirts of Santiago

In a third stage, a new line would be constructed from Melipilla, approximately halfway between Santiago and San Antonio, northwards towards Valparaíso, to serve both freight and passenger traffic.

The alignment would be broadly similar to the TSV route, with the distinction that it would stop short of the city of Valparaíso itself, thereby avoiding what would otherwise be the most costly section to build, due to steep gradients and its urban environment.

The rail freight terminal would be located at the port’s inland terminal near Placilla, some 10km from the port itself and more than 500m above it.

Financing for the first stage is covered by EFE’s already-approved 2017-19 development plan. The second stage is tagged at $US 1.1bn and EFE plans to tender its implementation and subsequent operation. This could lead to a third rail freight carrier entering the market, which is currently divided between concessionaires Fepasa and Transap.

The third stage would require an investment of $US 1.5-1.8bn and would also be tendered.