THE government of the Brazilian state of Ceará says it will launch a new tender on December 10 for a contract to complete construction of the Reais 265.5m ($US 102.7m) Parangaba – Mururipe LRT line in Fortaleza. 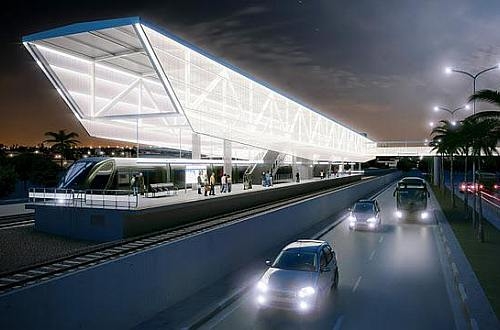 Construction on the 12.7km line was suspended in June and while the work is around 50% complete no date is being given for the start of operations. The line was originally due to open in time for the 2014 FIFA World Cup, which was hosted by Brazil.

The diesel-operated line will have eight stations and is expected to carry around 90,000 passengers per day. Services will be operated by a fleet of six diesel LRVs supplied by Bom Sinal, Brazil.