Peru restores its only international railway

AFTER being out of action for over four years, Peru's only international railway, which connects the southern town of Tacna with Arica in northern Chile, restarted operations on June 1. 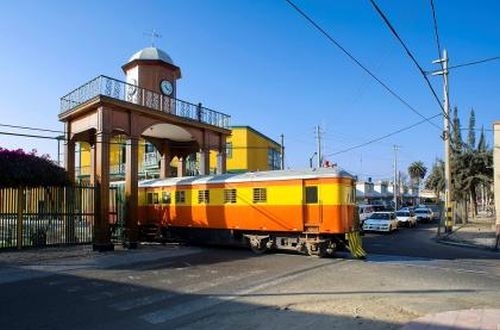 The Tacna - Arica railway (FCTA) is Peruvian-owned and administered by the Tacna regional government and in recent decades has been almost exclusively passenger-carrying.

The reinitiated service was interrupted on June 7 when the line's only railbus broke down, leaving stranded passengers to be rescued by bus.

The service did not recommence until June 14 and passenger usage numbers were low, due to rail fares being higher than those charged by bus and shared taxi operators. However, these numbers soared a few days later when truck drivers, protesting about fines imposed by the Peruvian customs authority, blocked the parallel Pan-American Highway.

FCTA responded by increasing service frequency by 50% until June 18, when Chilean lorry drivers threatened to block the rail line.

The foreign affairs ministries of both Chile and Peru are monitoring the situation to avoid any potential misunderstandings. The terms of a 1929 treaty which fixed the border between the two countries allows Peru special rights regarding the stretch of the FCTA which lies in Chilean territory.