THE Brazilian city of Salvador added four stations to its metro network on May 23 with the start of commercial operations on the 6km section of Line 2 from Rodoviária to Pituaçu. 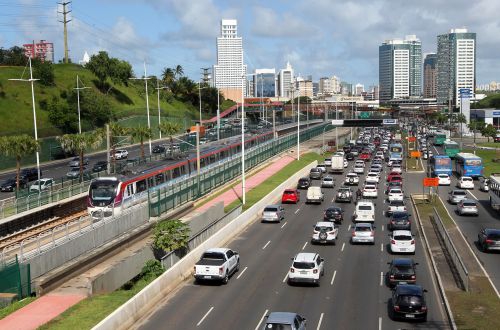 The newly-completed section extends the metro network into the districts of Pernambués, Boca do Rio, Imbuí, and Narandiba. The line also serves the Bahia Administrative Centre (CAB).

The initial 2.2km section of Line 2 from Accesso Norte station on Line 1 to Rodoviária opened last December and the section east from Pituaçu to the city’s airport is due to open later this year.

The Bahia state government says the Salvador metro has carried more than 32 million passengers since the first section of Line 1 opened in June 2014.

The opening of the latest section of Line 2 takes the network to 20km with 15 stations.

In addition to the metro the city is also tendering for contracts to build an 18.5km light rail line, which will use part of the alignment of the Calçada - Paripe suburban line.

For detailed data on rail projects in South America, subscribe to IRJ Pro.