SANTIAGO Metro has instructed CAF to deliver four additional five-car metro trains for deployment on lines 3 and 6 which are currently under construction in the Chilean capital. 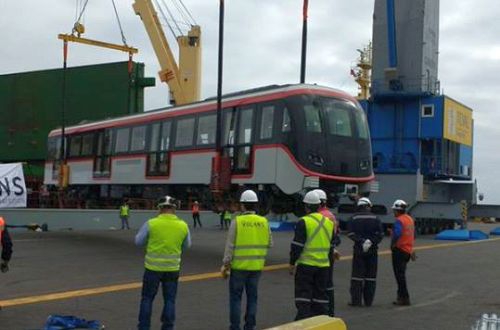 The order follows the initial order for 37 sets that the Spanish manufacturer is supplying under a contract worth €160m awarded in late 2013. Specifically, CAF is supplying 115 cars (22 trains) for Line 3 and 70 cars (15 trains) for Line 6. CAF is assembling the trains at its Bessain plant and reports that 20 trains are now in Chile since the start of delivery in April.

The 15.3km 10-station Line 6 will connect Los Leones station on Line 1 with Cerrilos in the west, and is scheduled to open next year. Line 3 will run for 21.7km from the northern district of Huechuraba to the city centre, where it will follow Avienda Mattam passing beneath Irarrazával, before terminating at Larraín. The 18-station line is due to open in June 2018.