THE governor of the Brazilian state of São Paulo Mr Geraldo Alckmin announced on March 28 that the state will push ahead with plans to develop an inter-city passenger rail network after receiving assurances of federal support for the project. 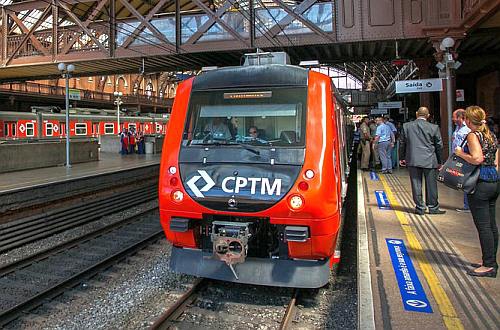 Brazil’s president Mr Michel Temer informed state secretary for metropolitan transport Mr Clodoaldo Pelissioni at a meeting in Brasilia on March 28 that the project will be included in the federal concessions programme. This means the $US 5.5bn network will qualify for financing from Brazil’s National Bank for Economic Development (BNDES)

The state proposes the development of a 431km network comprising a north-south corridor from Americana and Campinas to Santos and an east-west route from Sorocaba to Taubaté. The first phase will be the 135km line from Americana to São Paulo, which will include nine stations, with ridership forecast at around 60,000 passengers per day. The maximum operating speed of the new line would be at least 160km/h.

To minimise construction costs, the new line will follow the alignment of existing railways wherever possible. Construction is expected to take three-to-four years to complete.

Further north, another inter-city rail project could also qualify for federal financing on the same basis as the São Paulo network. A feasibility study has been completed into a 210km line from Brasilia to Goiânia, which would offer a journey time of around 1h 30min between the two cities.

The $US 8.5bn project has been subjected to an analysis by the National Land Transport Agency, and expressions of interest could be invited soon to gauge market enthusiasm.