THE Viamobilidade consortium, led by CCR Group, won an auction on January 19 for the 20-year concession for São Paulo metro Line 5-Lilac and monorail Line 17-Gold. 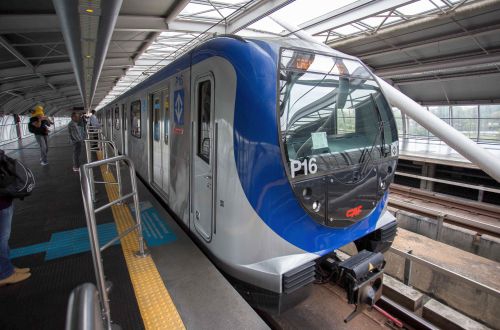 The consortium, which comprises CCR Group (83.4%) and RuasInvest (16.6%), won the auction after bidding Reais 553.88m ($US 173.3m) for the concession, representing a premium of 185% over the minimum required of Reais 194.3m. This compares with a bid of Reais 388.5m by the SP Metrô consortium comprising CS Brasil and Seoul Metro, the only competitor for the concession.

The contract will be signed within two months and is worth Reais 10.8bn in terms of operating and of non-operating revenue. The consortium will take over the Capão Redondo - Brooklin section of Line 5 later comprising 11 stations, while an extension to Line 5 from Brooklin towards Chácara Klabin is due to be completed this year. Line 5 will be 20km long when completed and is expected to carry 850,000 passengers per day.

The 7.7km elevated monorail Line 17 is still under construction and is due be completed in 2019. It will connect Congonhas Airport with Morumbi where it will connect with commuter rail Line 9 operated by Paulista Metropolitan Trains Company (CPTM). Lines 9 and 5 will interchange at Campo Belo.

CCR Group already leads the ViaQuatro concession with RuasInvest and Japan's Mitsui which currently manages Line 4-Yellow of the São Paulo metro, the first line in São Paulo to be operated by a private consortium. CCR Group also has a metro concession in Salvador and operates a light rail network in Rio de Janeiro.