THE municipal government of Sorocaba, a city of 660,000 inhabitants in the Brazilian state of São Paulo, announced at Brazil’s first Seminar on Sustainable Urban Mobility and Infrastructure on March 15 that it will launch a tender before the end of the month for a contract to carry out a feasibility study into its first light rail line. 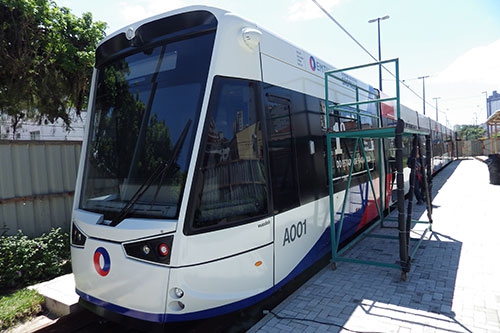 The 24.1km line from Brigadier Tobias to George Oetterer will use the alignment of an existing railway. “We already have a railway that cuts the city from east to west, densely populated regions, and excellent investment capacity,” says Mr Luiz Alberto Fioravante, secretary of planning and projects.
A preliminary study will consider the use of five or seven-section vehicles accommodating 250 or 350 passengers, with a top speed of 70 km/h and capacity to transport up to 105,000 passengers per day.

Currently, the rail alignment is federally-owned and Rumo Logística holds a concession to use the infrastructure. Light rail operations on this stretch will need to be regulated by a Specific Operational Contract between the City of Sorocaba, the National Department of Transportation Infrastructure (DNIT), Rumo and the Brazil’s National Land Transport Agency (ANTT).