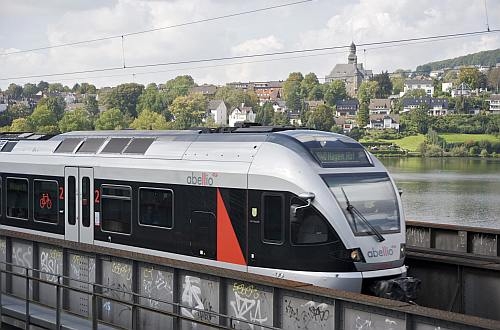 From December 2015, Abellio will take over from DB Regio as operator of the Saale – Thuringia – Southern Harz network, which covers around 9.25 million train-km per year on services linking Halle (Saale) with Nordhausen, Kassel, Lutherstadt, Eisleben, Weimar, Erfurt, and Eisenach. The contract also includes regional services from Leipzig to Erfurt and Jena/Saalfeld, which will be operated using new 160km/h electric trains.

Abellio will introduce a new timetable designed to fit with the opening of the Leipzig/Halle - Erfurt section of the new Leipzig – Ebensfeld (Bavaria) high-speed line which is due to open in 2015.

Abellio will operate the regional express route from Halle (Saale) to Kassel and Erfurt as one train, dividing or joining en route at Sangershausen. The new timetable is designed to maximise connections between regional trains and long-distance services in Erfurt, Leipzig and Halle (Saale).