GREEK infrastructure manager Ergose carried out the first electric test runs on the 10km Athens - Piraeus line on October 27, when a Siemens Desiro EMU made a return trip along the entire length of the route. 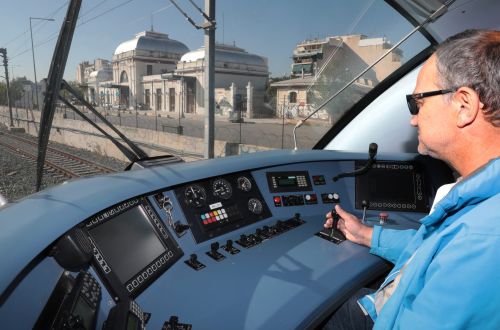 Mr Thanos Vourdas, general secretary of the Ministry of Infrastructure and Transport, was among the guests for the inaugural electric run.

Work began on the €14.6m project in 2015 and regular electric services are due to begin by the end of the year.

The project included the electrification of the main station in Athens, which was completed in July.