AUSTRIAN railfreight continued to suffer the effects of the prolonged economic downturn last year according to annual figures released by Austria's rail regulator Schienen-Control, which also show a strong increase in passenger traffic. 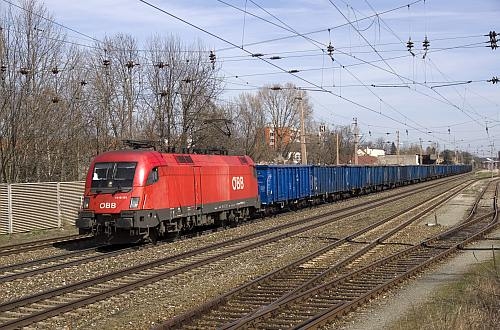 Total railfreight volumes dropped from 112.5 million tonnes in 2012 to 111.1 million tonnes last year and freight performance also saw a corresponding decline from 21.5 to 21.2 billion tonne-kilometres. However, this was mostly due to the restructuring of incumbent operator Rail Cargo Austria (RCA). Open-access freight operators increased their volumes from 26.1 to 27.7 million tonnes and from 3.8 to 4.1 billion tonne-km. As a result open-access operators increased their share of the railfreight market share from 23.2% to 24.9% by volume and from 17.6% to 19.3% by tonne-km.

Passenger traffic in Austria increased significantly in 2013. The number of passenger journeys grew from 262 to 274 million whilst passenger-km rose from 11.2 to 12.1 billion and private operators again outperformed ÖBB. While ÖBB reported a 4% rise in passenger numbers, new entrants achieved a 9.3% increase.

This converts into an 8% increase in passenger-km for ÖBB and a 52% increase for private operators. This is largely attributed to the opening of the Vienna – St Pölten high-speed line in December 2012, which reduced journey times on the key Vienna – Linz – Salzburg corridor. It appears that open-access operator Westbahn took a large proportion of these additional passengers.