DANISH infrastructure manager Banedanmark has shortlisted five of the eight pre-qualified suppliers for Denmark's national electrification programme, with the winning bidder set to be announced in late spring 2015. 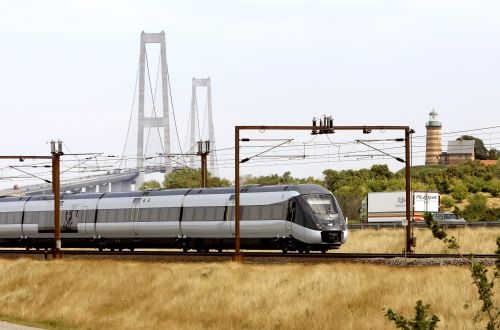 The five shortlisted consortia are:

The first project in the 25kV electrification rollout is the 57km section between Esbjerg and Lunderskov, which will be followed by projects on the Køge Nord - Naestved, Naestved - Ringsted Rodby lines, and the new line from Copenhagen to Ringsted, for a total of 550km by 2021.

Electrification will be extended to all main lines by 2026 as part of a DKr 8.7bn ($US 1.6bn) allocation from the Train Fund DK programme, which was finalised by the government in January and seeks to tap into Denmark's North Sea oil revenues to develop the railway network. The remaining main lines in Jutland from Aalborg to Fredericia and Frederikshavn as well as to the northwestern town of Struer, plus the Roskilde - Kalundborg line in eastern Denmark, are included in the programme.

"We are very pleased that we now have five strong bidders who all have current references from similar projects, which they have delivered on time and on budget," says Banedanmark's programme manager Mr Søren Laursen Thorpstrup.