A CEREMONY was held in Basle on October 22 to mark the opening of the city's second railway bridge across the river Rhine. 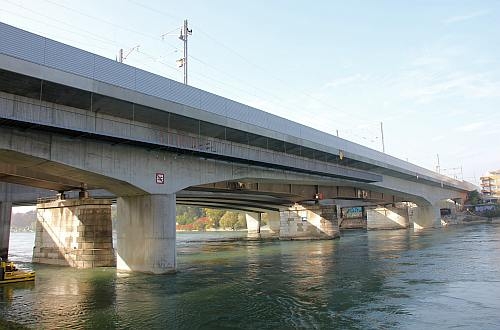 Construction began in November 2009 on the twin-track, 240m-long concrete bridge which runs parallel to the existing twin-track structure. Trains started running on one of the new tracks in mid-October, and the second will be brought into operation next month.

The bridge has been a bottleneck for international passenger and freight traffic for some time, as well as being a barrier to the development of cross-border suburban passenger services. However, the full benefit of the new SFr 57m ($US 61m) structure will not be realised until 2017, as the old bridge has to be renovated, and approach tracks and signalling upgraded.