AUSTRIAN Federal Railways (ÖBB) has confirmed it plans to focus on the development of its international passenger and freight business as the company's financial performance continues to improve. 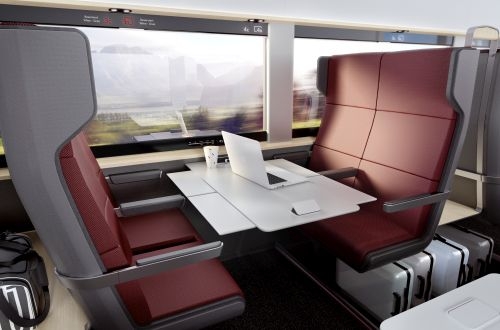 Unveiling ÖBB's annual results in Vienna on April 22, CEO Mr Christian Kern stressed that ÖBB is among only a handful of incumbent railways in Europe which achieved positive results in 2015.

He also noted that this is the result of cost cutting, expenditure falling slightly from €5.491bn in 2014 to €5.489bn last year. By contrast expenditure rose 1.5% for Swiss Federal Railways (SBB) last year and 1.7% for German Rail (DB).

Ridership increased from 235 million passengers in 2014 to 238 million last year with long distance and regional traffic rising 2% and 1% respectively. Passenger transport generated Ebit of €77.3m, up from €75.7m in 2014.

ÖBB confirmed that it will boost investment in new rolling stock for long-distance trains with a €230m order for new sleeper and couchette coaches, which will be delivered by 2019. Kern points out that 17% of ÖBB's long-distance revenue comes from overnight trains, compared to just 1% for DB. This is one of the reasons why ÖBB will retain its overnight trains and even intends to take over some routes between Germany, Switzerland, and Italy as a result of DB's decision to withdraw its remaining sleeper trains.

Furthermore €190m will be spent on new rolling stock for day trains between Germany and Italy via the Brenner line. Design studies have already been carried out and the new trains should enter service in 2019-20. Nine additional Railjets have been ordered for Vienna – Salzburg IC trains and on the Vienna – Venice service.

ÖBB Infrastructure reported an Ebit of €12.8m, down from €34.6m in 2014. This is mostly due to delays in propery sales. Infrastrcuture investment reached €1.8bn last year.