A Chinese-Hungarian joint venture has been formed to manage the reconstruction of the Hungarian section of the Budapest - Belgrade line. 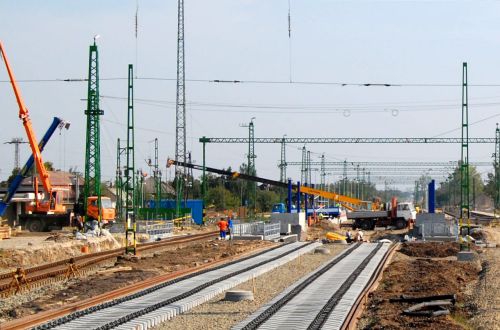 Kínai-Magyar Vasúti Nonprofit will be responsible for organising procurement, letting contracts and overseeing construction of the project to modernise the 163km line from Budapest to Kelebia on the Serbian border.

According to the plans, China’s Exim Bank of China will lend the Hungarian government Forints 467.5bn ($US 1.6bn) to finance 85% of the cost of rebuilding the largely single-track line. The bank loan will need to be repaid in 20 years, bringing total costs up to Forints 700bn.

On November 5 the Serbian government signed a $US 319m agreement with China Railway International and China Communications Construction Company for the upgrading of the 34.5km Belgrade – Stara Pazova section of the route.

Upgrading of the Budapest – Belgrade corridor will enable operation at speeds of up to 200km/h, reducing journey times between the two capitals to less than three hours.