BRITAIN’s Department for Transport (DfT) has announced that it will ditch plans to electrify the Midland Main Line (MML) between Kettering, Nottingham, and Sheffield, the Great Western Main Line (GWML) between Cardiff and Swansea, and the Windermere - Oxenholme branch in the Lake District. 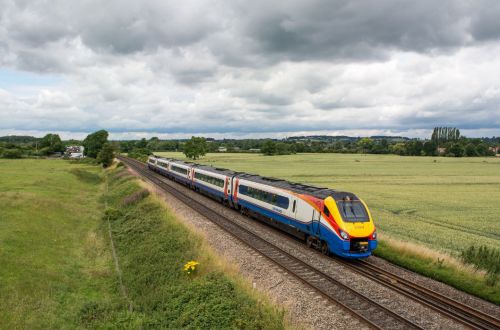 The DfT says it will deploy bi-mode trains on the MML and GWML, while work will begin in the Lake District using trains which use an “alternative fuel.”

Train operator Northern says it will introduce class 769 Flexx bi-mode multiple units, which are currently being converted from class 319 EMUs, on the Windermere line from May 2018. New CAF DMUs will enter service on the route from December 2019.

Northern says it will also develop proposals for new trains which would run on “environmentally-friendly fuel sources” between Windermere and the junction with the West Coast Main Line (WCML) at Oxenholme, continuing south under electric power.

The DfT says using bi-mode trains will mean that “disruptive electrification works... will no longer be needed.”

“Passengers will benefit sooner and experience less disruption compared with putting up intrusive wires and masts along routes where they are no longer required,” the DfT says.

The announcement follows problems with electrification on the Great Western Main Line. The cost of the project trebled from £800m in 2014 to £2.8bn while deadlines have been missed. The work between London Paddington and Cardiff is now not expected to be completed until 2018 with the government suspending branch line portions and more difficult elements of the project earlier this year in order to reduce costs.

Electrification of the MML north of Bedford was announced in 2012, but work on the project was suspended in June 2015 pending a review into Network Rail’s capital programme for the 2014-2019 funding period (Control Period 5). The suspension was lifted in September 2015, but the completion date was pushed back to 2019 for the line to Kettering and Corby, and 2023 for the remainder of the route to Nottingham, Derby and Sheffield.

In March 2017 a report by the Public Accounts Committee into the GWML electrification (PDF link) recommended that the government should “reassess the extent of electrification, and... look again at its plans for the MML and TransPennine routes.”

However, as a spur from HS2 to Chesterfield and Sheffield has now been approved, this section of the MML will need to be electrified.

Procurement is currently underway for the new East Midlands franchise, which is likely to include an order for bi-mode inter-city trains to replace the fleet of HST trains currently used on the MML.