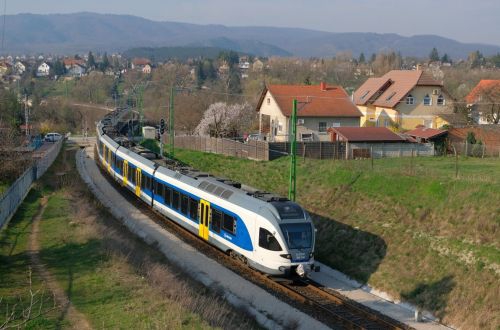 Woks began in May 2012 and the project, which received major financing from the EU, included the construction of new stations and track-doubling on part of the line, although this busy commuter route remains largely single-track.

From May 20, a new timetable will be introduced, taking advantage of the faster acceleration of the electric trains. This will reduce end-to-end journey times to 1h 2min, compared with 1h 27min when the line was diesel-operated.

The total cost of the project including track and signalling renewals was Forints 125bn ($US 490m).