CONSTRUCTION began on one of the largest lots of the Brenner Base Tunnel on 18 July, when excavation commenced on the northern section between Tulfes and Pfons near Innsbruck. 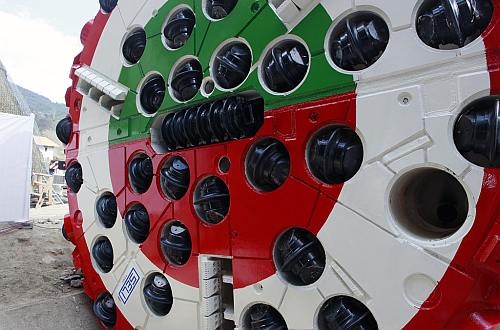 A consortium of Strabag, Austria, and Salini-Impreglio, Italy, was awarded a €380m contract last month to carry out the work, which comprises a 9km emergency tunnel, which runs parallel with the existing Innsbruck bypass line, two connections totalling 9km between the bypass and the main running tunnels, and an exploratory bore along the first 15km section of the main base tunnel.

Construction of these tunnels should be completed by 2018. With the exception of the exploratory bore, which will use a TBM, blasting will be used to excavated the tunnels.