GERMAN Rail (DB) has told IRJ it has no plans to launch ICE services from Frankfurt to London in 2020, contrary to reports in the British media, but says it still sees potential for the route in the medium-term. 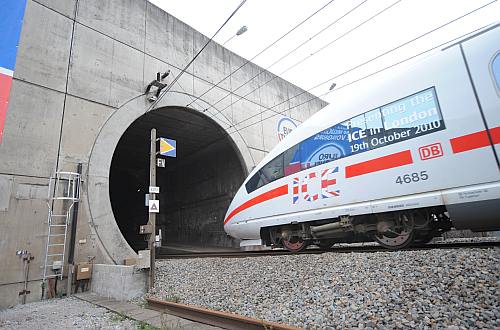 The Times reported on March 2 that DB intends to introduce high-speed services between Germany and London in 2020 or soon after, but DB says this is “definitely not the case.”

The article quotes Eurotunnel CEO Mr Jacques Gounon, who recounted conversations with DB’s now former CEO Dr Rüdiger Grube in which the idea of starting operations by 2020 or a year or two later was clearly stated.

In a statement to IRJ, DB said: “In the medium-term DB is still interested in operating an ICE service from Germany to London. DB is pleased to have been granted the operating certificate to run passenger services through the Channel Tunnel in June 2013.

“The start date of our ICE services to London, however, depends on the delivery of the class 407 ICE trains and, as the homologation for these new trains for both Belgium and northern France is behind schedule, we still do not have the rolling stock to operate the route. Having the trains running on the Belgian and French systems is a prerequisite to move on with our planning for the London service.”

DB added that “the economic efficiency of the service also has to be ensured so we cannot give a definite start date or any further details about the planned services.”

Whilst DB is entirely correct in saying that the Siemens class 407 trains do not yet have the necessary approvals it is likely they will obtain them within the next 18 months. The technically very similar Eurostar Velaro e320 trains will start operation between London and Amsterdam in December; these trains are already in daily use in northern France on part of the same route that London - Frankfurt trains would use.

Given the possibility that senior banking and other financial services roles could move from London to continental Europe once Britain withdraws from the EU, the introduction of a new direct London - Frankfurt service looks likely to find a growing market on what is already one of Europe’s busiest short-haul air corridors.