BRITAIN's Department for Transport (DfT) announced the shortlist of bidders on January 17 for the contract to operate the InterCity East Coast franchise for eight or nine years from February 2015. 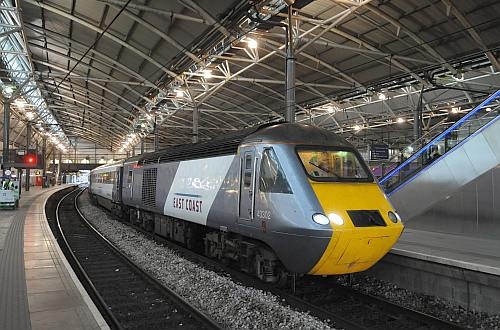 An invitation to tender is due to be issued at the end of next month and bidders will then have at least three months to prepare their bids. The contract is expected to be signed by October.

The franchise has been run by the DfT's own in-house operator Directly Operated Railways as East Coast following the collapse of the previous franchisee, National Express, which itself took over the franchise following the collapse of Great North Eastern Railway (GNER). The successful bidder will be required to purchase East Coast for a sum set by DfT which is expected to be less than £20m.

The franchise covers services from London King's Cross to Leeds, Newcastle, Edinburgh, Aberdeen and Inverness with a total route length of 1480km. In 2012-13 East Coast had total revenues of £692m with an operating profit (before premium) of £183m.

The franchise covers around 21.7 million train-km and 4.9 billion passenger-km with an average train loading of 235 passengers per train-km. According to the DfT 55% of passengers are leisure travellers, 42% are business passengers, and 3% are commuters.

In addition to the core network, bidders may also be asked to run services to up to five additional destinations which will be revealed in the tender documents.

East Coast currently operates a fleet of 14 HST diesel trains and 30 InterCity 225 electric sets. These will be replaced from 2018 onwards by a new fleet of 43 Hitachi class 800/801 Super Express Trains (SETs).

Infrastructure manager Network Rail plans to resignal the southern section of the route between London and Peterborough with ETCS Level 2 without lineside signals during the period of the franchise.