CONSTRUCTION of Austria's 55km Brenner Base Tunnel took another step forward on March 19, when a ceremony was held to mark the start of drilling on the main bore of the tunnel. 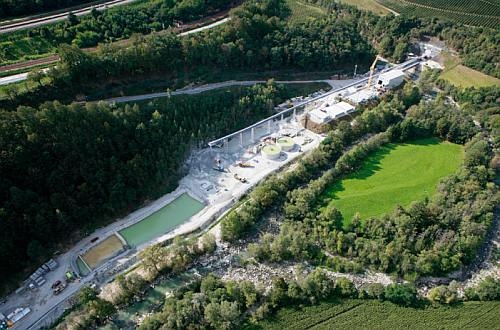 The following day a meeting of transport ministers from Germany, Austria, and Italy was held in the presence of EU transport commissioner Mrs Violeta Bulc. Austria asked for EU funds beyond the current seven year period to ensure the entire project is financed.

The Austrian government also expressed concerns that Germany and Italy would not increase rail capacity on their sections of the Brenner corridor. While Italy stated that upgrading of the line north of Bolzano would start next year, there are still unresolved issues concerning the upgrading of the Munich – Kufstein line section in Germany. Planning has not even started yet for this work and there is a dispute with environmentalists concerning the future alignment around Rosenheim.

However, there was good news for the project on March 24 when the government of the Italian autonomous region of South Tyrol gave its approval to start construction of the base tunnel on the Italian side, which covers the section from Mauls to the state border.

Excavated spoil from the tunnel will be carried by conveyor belt from Mauls to a nearby dump.