DUBLIN has received the first batch of two Citadis 502 54.7m-long LRVs from Alstom out of an order for eight, for operation on its Luas light rail network. 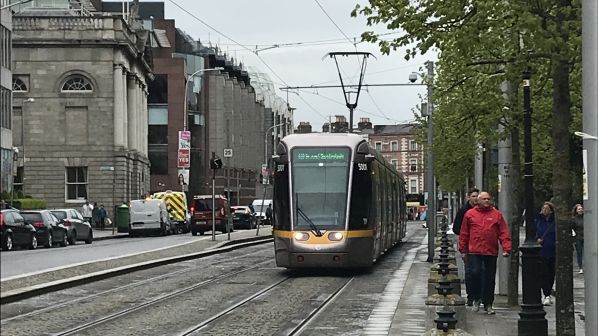 The LRVs, which were manufactured in Alstom’s La Rochelle site and assembled in Transdev’s Sandyford depot, began operation on July 29. The remaining six are scheduled for delivery by early 2021. Upon completion of the order, the Luas Citadis fleet will have increased from 73 to 81, with 41 trams being 55m long.

The order, which was made by a partnership of Transport Infrastructure Ireland (TII) and the National Transport Authority (NTA), will supplement Luas’ existing fleet of 40 Citadis 401 40.8m-long LRVs, 26 Citadis 402 43.6m LRVs and seven Citadis 502s.

Alstom is also extending 26 existing 43.6m-long Citadis 402 LRVs to 55m, with 13 extended vehicles already in operation. In addition, it will fit its eMapping energy consumption analysis system to four LRVs with the intention to reduce energy consumption on the network.

The new vehicles will significantly expand the capacity of the Luas network, and will offer more space for passengers and increase capacity on the network to deal with rapidly increasing traffic. In recent years, passenger trips per year on Luas has increased by over 10 million and is projected to continue rising in future.