THE Dutch government has agreed to adopt a proposal by the secretary of state for infrastructure Mrs Sharon Dijksma to bring infrastructure manager Prorail under direct state control, according to reports in the Dutch press on October 16. 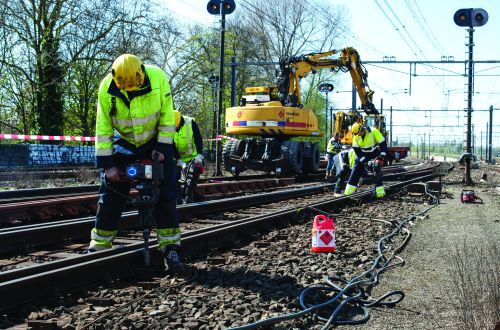 Dijksma is reportedly looking to terminate Prorail’s current status as a legal entity wholly-owned by the Dutch Ministry of Infrastructure and convert the organisation into a state administration with the aim of strengthening government control and influence over the infrastructure manager.

Prorail has been sharply criticised in recent years for poor performance, frequent serious disruption to operations, and exceeding budgets in new construction projects.

Prorail issued a statement on October 17 expressing surprise at the “unexpected” media reports and asserting that it has not been informed by the ministry of any proposals to change its legal status or structure.

However, Prorail states that studies into the future of the organisation are underway and negotiations are still taking place with the Ministry of Infrastructure. It also points out that disruption resulting from infrastructure-related incidents has fallen sharply since the appointment of a new senior management team under the leadership of CEO Mr Pier Eringa.

Dijksma is due to meet the Parliamentary Commission for Transport and Infrastructure at the end of this month to discuss the future of Prorail.

Stakeholders including Netherlands Railways (NS) and rail freight operators have urged the government to retain the existing status and structure of Prorail.