Eurostar hopes for 80% of pre-pandemic passenger numbers next summer 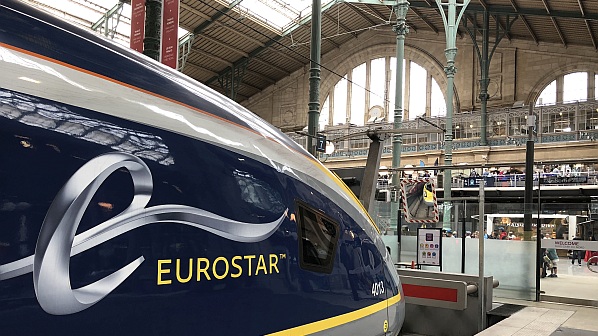 EUROSTAR passenger figures next summer could reach as much as 80% of the 11.1 million passengers who travelled on the cross-Channel operator in 2019, according to the chief commercial officer, Mr Francois Le Doze.

In an interview with IRJ on December 9, Le Doze said that there is a lot of pent-up demand for travel, but the number of passengers will still depend on the Coronavirus pandemic being under control and there being fewer travel restrictions in place.

For around a year Eurostar was only able to operate one train per day on its London - Paris and London - Brussels routes. From December 12 it will operate nine trains per day on the Paris route, along with five Brussels, and two Amsterdam services.

Le Doze says even the outbreak of the Omicron variant of Covid-19 and the introduction of travel restrictions has not dampened demand in the run-up to Christmas. “People are desperate to travel for Christmas,” Le Doze says. “They want to reconnect with their family. Maybe it was not possible last year. Today it is possible and there’s no ban on travel. It’s just that it’s got more complicated with testing and additional costs etc. People are determined to go and spend a week, two weeks, three weeks with their families.” The option of digital and flexible working is also being exercised he thinks, with people opting to spend longer in their destination.

Despite the expected increase in passenger numbers next year, not all routes and stations will have the services reinstated. Eurostar has not served Ashford International and Ebbsfleet International in Britain since the start of the pandemic, and plans to reintroduce calls at those stations in 2022 have been delayed. Services to the south of France will not be reinstated in 2022, and neither will trains to ski resorts, although one of Eurostar’s trains is being chartered once a week from December 26 by Compagnie des Alps, with bookings available via its Travelski subsidiary, rather than via Eurostar. The trains will operate from London to Moutiers and Bourg St Maurice.

Le Doze says the decision not to restart serving some stations and routes is based on market behaviour. He adds that the company is also wary of what he describes as “external shocks,” with the rise of the Omicron variant the perfect example.

One destination that will have its service reintroduced is Disneyland Paris, from spring 2022. Currently passengers have either travelled to Gare du Nord and changed onto local services, or connected at Lille with TGV services to the resort.

An in-depth interview with Francois Le Doze will appear in the January edition of IRJ.

A look at how the pandemic affected Eurostar was published in the October edition of IRJ, and can be read here.