French transport minister says a call for expression of interest in continental services will be launched in early 2022. 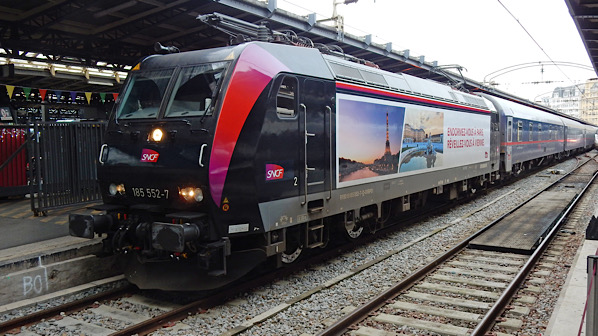 AFTER French National Railways (SNCF) relaunched two daily overnight services from Paris to Loudres and Briançon on December 12, the French government says it is hoping to expand the overnight offer further in the coming years.

Transport minister, Mr Jean-Baptiste Djebbari, says the plan is to offer journeys from France to cities across continental Europe as well domestic locations, adding that a call for expression of interest in the continental services will be launched in early 2022.

“My goal is for night trains to connect Paris with European capitals: Madrid, Rome, Copenhagen, maybe even Stockholm,” Djebarri says. "We also have a project for a line that would connect Strasbourg and Luxembourg to Barcelona via Metz, Nancy, Montpellier and Perpignan."

France is expected to reintroduce 10 domestic overnight services by 2030, which is consistent with plans previously announced by SNCF president, Mr Jean-Pierre Farandou. Djebarri added that the government will invest “at least €800m” in 300 new coaches, 30 locomotives, and two workshops for delivery between 2025 and 2030 to support the expanded overnight offer.

“The best option for funding is for the state to hire one or more leasing companies to order and manage the rolling stock,” he says. "The proceedings could be initiated in early 2022, for new night lines from 2026."

The Paris - Lourdes Palombe Bleue, which was withdrawn in 2017 when it was considered “uneconomic,” is comprised of first and second-class couchettes plus coaches with reclining seats. It also serves Tarbes in the Pyrenees region and Les Aubrais (Orléans) and will be extended to Hendaye in the summer. The Occitanie region is contributing over €1m a year in operating subsidy for this service as well as overnight train from Paris to Cerbère on the Spanish border. The two services, plus a third from Paris to La Tour-de-Carol, are coupled between Paris and Toulouse.

Operation is by SNCF Voyageurs through a directly-awarded contract with the Transport Ministry. Finance came from the government’s post-Covid Plan France Relance economic stimulation package which contained €100 million for the relaunch of overnight trains. This has been spent on refurbishing trains and maintenance facilities, and also allowed the government to relaunch the Paris - Nice service in May. SNCF also restored the overnight service from Paris to Briançon in the French Alps on December 12. A Paris - Cologne - Vienna train was also introduced. The service is jointly operated by SNCF and Austrian Federal Railways (ÖBB). A Paris - Berlin service will be relaunched in 2023 and Zürich - Lyon - Barcelona train in 2024.