SWISS Federal Railways (SBB) railfreight subsidiary SBB Cargo and AlpTransit Gotthard operated the first freight train through the Gotthard Base Tunnel on January 16, marking another milestone in the test programme for the 57km tunnel, which is due to open in December. 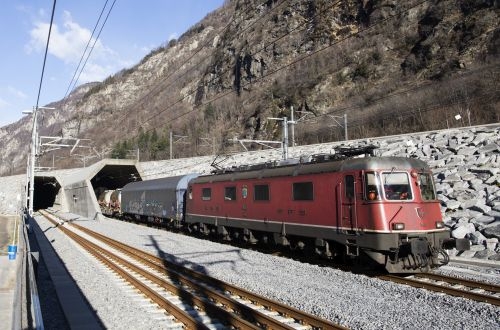 Testing focussed on the dynamic behaviour of the loaded wagons, including two rolling-road vehicles carrying lorries.

Three non-stop test runs were made from Altdorf to Biasca and back from Biasca to Rynächt.

SBB Cargo will carry out further test runs in the next few weeks, investigating vehicle dynamics and transit times for the various wagons types as well as the suitability of the locomotives in service on the north-south axis.

By the end of May around 3500 test runs will have taken place inside the tunnel. High-speed testing began in November with German Rail's ICE-S test train operating at speeds of up to 275km/h.