The news has been received positively across the Channel as a means of decarbonising transport. 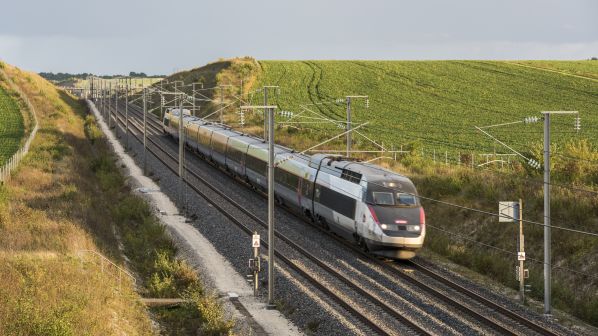 THE French National Assembly has voted to approve a ban on internal flights where an alternative train journey is available on a trip of 2h 30min or less following a long consultation exercise on climate change.

The assembly also agreed to ban the construction of new airports or airport expansions which result in an increase in emissions.

The legislation follows a €7bn loan from the French government to Air France, agreed at the height of the first wave of the Covid crisis in April 2020, which stipulated that the airline must withdraw all domestic flights that compete with a rail alternative. This covered flights from Paris to Bordeaux, Nantes and Rennes. The parliament ruling means the ban will now apply to other airlines although it does exclude connecting flights.

France’s Citizens’ Convention on Climate, established by president Emmanuel Macron in 2019, which includes 150 members of the public, recommended a four-hour limit on flights, which would cover busier air routes such as those to Marseilles and Montpellier. Objections from some regions as well as Air France and KLM led to the compromise.

“We have chosen [the time limit] because four hours would isolate territories that are often landlocked like the Massif Central,” says France’s minister for transport, Mr Jean-Baptiste Djebbari.

Air France is currently seeking further financial support from the government, although nothing has yet been finalised.

The bill is set to pass to the French Senate which will need to vote to approve the bill as law.

The legislation has received support from groups across the channel.

In contrast to France, the British government is currently consulting on a plan to halve the tax on domestic flights by cutting air passenger duty, a move widely criticised by climate change advocates. Around 500,000 air passengers travelled between Manchester and London in 2019, a journey which takes around 2 hours by train. Cutting air duty is expected to increase demand.

Britain’s Railway Safety and Standards Board (RSSB) praised the French government for taking the lead on decarbonising transport and for demonstrating how rail can play a bigger role.

“This is a big intervention and good leadership by the French,” says RSSB’s director of sustainable development, Mr George Davies. “It tackles unnecessary carbon emissions and takes full advantage of France’s high-speed, low-carbon rail network. It also recognises the need for long-haul connectivity so that international air travel is still an option providing for domestic to international connecting flights.

“It’s not about trains versus planes, it’s about picking the right mode for the right journey type. This is the sort of intervention we should be aspiring to in the UK. To make this happen here we need a similar commitment to high-speed rail to release capacity for lower carbon journeys, and to electrification to make train travel even greener.”