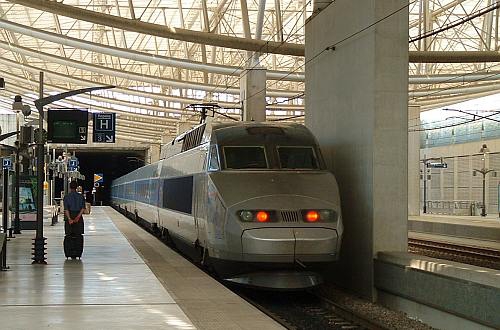 CDG Express trains will operate at 15-minute intervals with a maximum journey time of 20 minutes. The 32km route will use the existing line between Paris Est and Villeparisis, where it will turn northwards onto a new 8km branch which will follow the alignment of TGV Interconnexion to the airport. A one-way fare is expected to cost €24.

Originally conceived in the late 1990s, tendering began in 2007 and Vinci was announced as preferred bidder in June 2008. The project was due to be completed this year, but the financial crisis and subsequent decline in the number of passengers using the airport meant the contract was never finalised and Vinci pulled out in 2011.

However, in January 2014 the government announced the project would be revived and Section 8 of the 2015 Growth, Employment and Equal Economic Opportunities Act (Macron’s Law) makes provision for the formation of a joint venture between French National Railways (SNCF) and Paris Airports, which will be responsible for financing, design, construction, and operation of the link.

The draft bill approved by the Senate this week provides a legal basis for the construction of infrastructure, designation of an operator, and an exemption from the so-called “golden rule” governing SNCF Network debt management.

Secretary of state for transport Mr Alain Vidalies says it is “imperative” the €1.4bn project is completed by 2024 because of Paris’s bid to host the Olympic Games and Paralympics in 2024, and the World Expo in 2025.

The project will be financed in part through tax on airline fares, although the introduction of this tax has been deferred from next year until 2024. Vidalies says a “supplementary budgetary resource” will be found to make up for the shortfall in revenue this tax would have generated during the construction phase.