THE Kuwait Fund for Arab Economic Development has agreed to lend the Serbian government €25m to finance the first phase of construction work on the long-delayed Belgrade Central station. 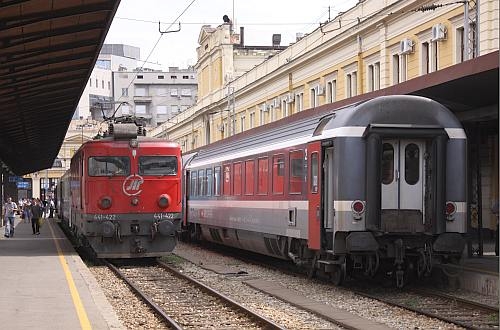 Work to construct the new station, together with links to the existing network by new tunnels under the city and a new bridge over the River Sava began in 1977. The bridge was completed in 1979 but work on the rest of the project was limited over the next 30 years.

The station, situated south of the city centre, is partially complete and served by some suburban services; most of the building is not completed.

The station, known locally as Prokop after the name of the district it is located in, is intended to replace the existing terminus station, releasing the 32.3 hectare site for redevelopment. Around 130,000 m2 of commercial development is planned at the new Belgrade Central site alongside the station facilities.

The Kuwaiti Ambassador to Serbia has told the Serbian media that the Kuwait Fund for Arab Economic Development is prepared to offer further loans to cover the next three phases of the project and possibly to invest directly in some of the commercial property development.