BRITAIN's Department for transport and franchisee Great Western Railway (GWR) have reached an agreement on funding a study into the upgrading of rail links between London, Devon and Cornwall. 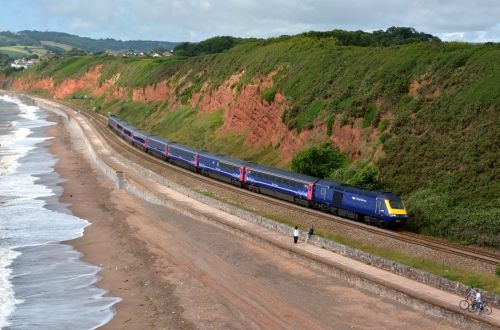 The study, which will be funded and commissioned by GWR and implemented by infrastructure manager Network Rail, will examine options for improving existing track, signaling and other infrastructure to improve line speeds in preparation for the delivery of a new fleet of bi-mode Hitachi AT300 trains from 2018.

The study will feed into a report due to be published this summer by the Peninsula Rail Task Force (PRTF), a group representing five local authorities and two Local Enterprise Partnerships, which is looking at options for improving rail links to Devon and Cornwall.

"With such significant investment on its way, we need to take the opportunity now to make sure the right infrastructure can be in place to maximise the journey time, frequency and capacity benefits that the new AT300 fleet will bring," says GWR commercial development director Mr Matthew Golton. "Our report will help provide information and data to help support the business case for further infrastructure improvements and better connectivity for the region."

The PRTF's report will outline options for improving resilience - particularly along the vulnerable sea wall at Dawlish between Exeter and Newton Abbot - as well as journey time improvements and increasing capacity.

An interim report by the PRTF, which was published last October, indicated a "modest" 15 minute reduction in journey time would create 1500 new jobs and increase productivity by £300m a year.