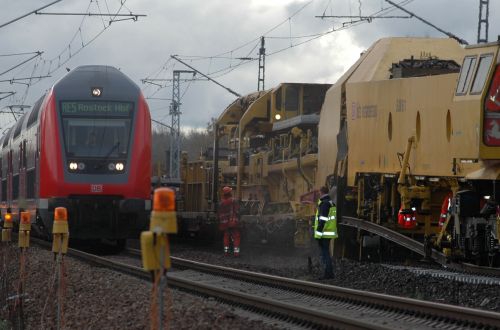 The plan prioritises spending on maintenance of existing infrastructure, which accounts for 70% of the total allocation, compared with 56% in BVWP 2003.

Other priorities include strengthening infrastructure on core corridors and easing bottlenecks to optimise traffic flows across the entire network. BVWP 2030 includes provisions for the elimination of around 800km of rail bottlenecks.

However, Allianz pro Schiene, a coalition of 22 non-profit organisations and over 120 companies from across the German rail industry argues the consultation period was too brief to have any tangible impact on the plan. “The nearly 40,000 statements from associations, the public and transport experts can hardly be taken into consideration before the revised transport infrastructure plan is presented to the cabinet on August 3,” says managing director Mr Dirk Flege. “Under such circumstances, the development of a modern vision transport will not be successful.”

Flege also warns BVWP is too road-orientated, committing 55% federal spending on new construction and infrastructure upgrades to highway projects. “For railway projects there is a lack of both funding and the appropriate high level of prioritisation,” he says. “In both the transport infrastructure plan and the legislation on upgrades and construction there is no timetable for essential rail projects. Urgent upgrades to the rail network to enable operation of 740m-long freight trains as well as construction on major rail junctions are unanimously considered by experts to be essential climate protection measures. In contrast, the transport ministry, after spending the last 6 years working on its infrastructure plan, has still not completed an evaluation.”