USE of both local and long-distance public transport services in Germany grew by 1.5% in 2016 to reach a new record of 11.38 billion journeys, according to provisional results published by the German Federal Statistics Office Destatis, which attributes the growth to an increase in population, employment and students. 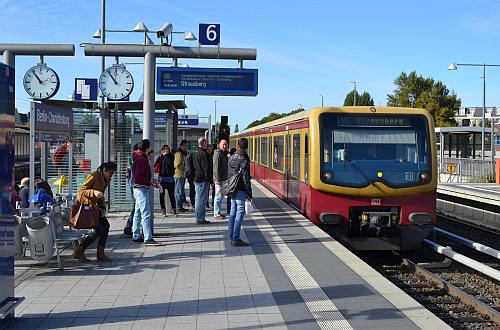 “The number of passengers using local services has steadily increased since 2004, the first year for which comparable data are available,” Distatis says. “In 2016, passenger volume was almost 1.3 billion higher (+12.7%) than 12 years earlier. Particularly strong growth was recorded in rail traffic (+34.6%) and in tram transport (+18.1%). On the other hand, local bus services recorded a slight increase of 0.9%.”

Long-distance rail transport saw a 5.3% increase to 138 million passengers, which Destatis says is due to an expansion of services and special offers.

The boom in long-distance bus transport, created by the opening up of the market, appears to have come to an abrupt end, with only moderate growth of 4.3% in 2016 to 24 million passengers.