THE German Rail Industry Association (VDB) says sales of railway equipment increased by 42% in 2013 to a new record of €14.9bn compared with weak performance in 2012. 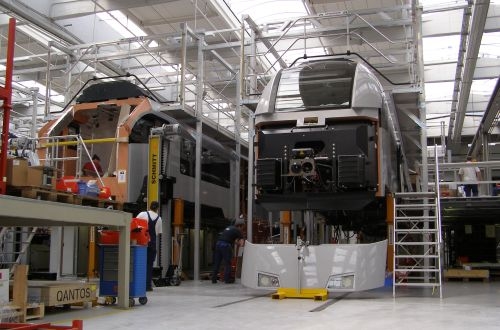 Growth was fuelled by a 56% increase in orders for new trains, locomotives and components to €11.7bn. Exports topped €6bn while domestic demand increased to €5.6bn.

However, the VDB says the long delays in the certification of rolling stock had serious financial consequences for its members last year. "In the first half of 2013 we were still suffering under the approval jams," says the VDB's president Mr Michael Clausecker. "Thanks to the transitional regime set by the Federal Ministry of Transport which came into force in late June 2013, the situation has now changed. Approval procedures have been simplified and accelerated step-by-step under the new licensing regime."

The VDB is also unhappy about the current level of investment in railway infrastructure in Germany. It says that while overall sales of infrastructure equipment increased by 3.6% to €2.9bn in 2013, domestic sales stagnated at €1.8bn.

The VDB is also calling on the government to increase funding for regional transport. CEO Mr Ronald Pörner says the €7.3bn allocated for 2014 must be increased by 2.5% a year to give state governments the necessary planning security.