GYÖR-Sopron-Ebenfurth Railway (GySEV) has announced plans to electrify two lines in a move that will close an important gap in the electrified network in western Hungary. 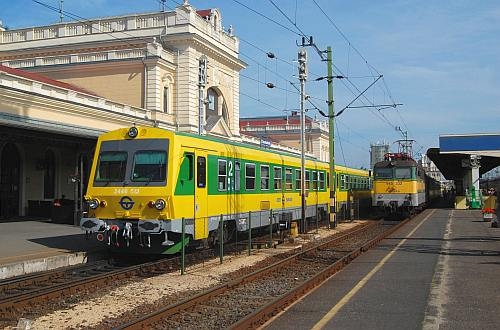 The Forints 20bn ($US 88.4m) project is being 85% financed by the European Union (EU) and involves electrifying the Mosonszolnok-Porpác and Szombathely-Zalaszentivén lines, a total of 136km, which GySEV took over from Hungarian State Railways (MÁV) last October. As part of the project, track will also be upgraded and stations equipped with 55cm-high platforms.

The completion of the work in 2015 will allow through electric operation from Rajka to Zalaszentiván and (with a reversal) to the Slovenian border at Hodoš. This would make MÁV's 53km Zalaszentiván – Nagykanizsa line a prime candidate for electrification as it would allow through working from the Czech Republic to Croatia with a single locomotive.