EUROPEAN transport commissioner Mr Siim Kallas has called on the Baltic states to work together to make the standard-gauge Rail Baltic link between Estonia and Poland a reality, amid concerns that extra conditions being imposed by the Lithuanian government could delay the project. 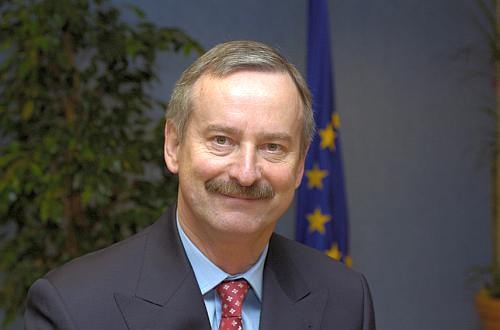 The proposed mixed-traffic railway will link the Estonian capital Tallinn with Riga in Latvia, Kaunas in Lithuania, and the Polish border, and is due to be completed by 2025. It is one of the priority projects in the European Union's 2014-20 transport budget, which aims to improve transport links between eastern and western Europe.

In a speech to the European Parliament's Baltic Europe Intergroup on December 4, Kallas said: "There is money available to the countries concerned, and it is available now. But, and this is a big 'but', they have to play their part to prepare mature projects. As western Europe becomes increasingly interlinked, a more thinly populated Eastern Europe risks being left behind. We must not allow that to happen. That is why Rail Baltic should be built as soon as possible."

Kallas made his speech as the European Parliament president Mr Martin Schultz warned that Lithuania's calls for the railway to be routed via the capital Vilnius instead of Kaunas as currently agreed could jeopardise one of the EU's flagship transport projects. "We're supporting it with big money, €2.6bn is allocated to Rail Baltic, which is a tenth of the money allocated to pan-European projects in the new Budgetary period," he says. "If construction doesn't start before 2016, Baltic states might be deprived of funds altogether. To stay on schedule, a joint venture should be created in January."

Kallas says it is reasonable that Vilnius should be linked to the new line, but argues that Lithuania's intervention has come too late. The Lithuanian government says the Kaunas route was agreed by the country's previous government, although the country's deputy transport minister has sought to reassure Brussels and neighbouring states that his government will not try to prevent the creation of the joint venture next month.

"Each country should produce work plans with detailed and credible descriptions of routes and timelines. This should be done now to make best use of the financial window that the Connecting Europe Facility offers. Rail Baltic will only be achieved if all countries take the same approach to achieving the ultimate objective: to build it and make it operational."