THE president of Latvian Railways (LDZ) Mr Ugis Magonis has been removed from his job and is currently in custody as Latvia's Corruption Prevention and Combat Bureau (KNAB) begins criminal proceedings against him concerning bribery allegations. 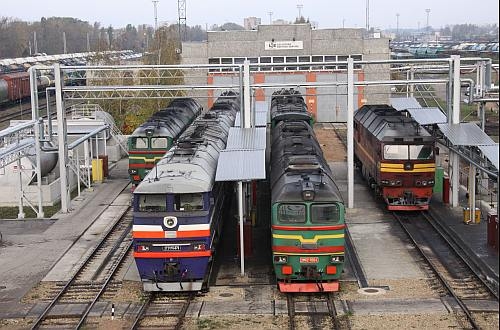 According to local media reports, Magonis was arrested as he was driven back into Latvia from a meeting in Estonia on August 6. Following a search of the car, a briefcase was discovered reportedly containing €500,000 in cash. Police also searched properties owned by Magonis on the same day.

Magonis had reportedly visited Estonia to meet representatives of Skinest Rail, which is owned by Estonian businessman Mr Oleg Ossnovski. The corruption allegations are reported to centre on the purchase by LDZ of four second-hand Soviet-era diesel locomotives from Skinest Rail. Estonian police have conducted searches at properties connected to Ossnovski at the request of their Latvian counterparts although nobody in Estonia has been arrested and Ossnovski says he has done nothing wrong.

Following Magonis' arrest, the board of LDZ decided on August 7 to terminate his contract, and replace him in the interim by LDZ board member Mr Avars Straksashas.