SPAIN’s Ministry of Public Works and Transport, Madrid City Council and Distrito Castellana Norte, a subsidiary of Spanish bank BBVA, have finally agreed terms for a major redevelopment around Madrid Chamartin station, a project first planned more than 24 years ago. 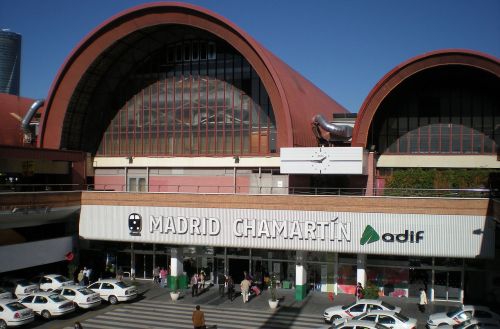 The plan includes restructuring of the station, the track layout and Fuencarral train depot which will increase capacity and enable Charmartin to become a hub for high-speed lines radiating from Madrid north to A Coruña, Oviedo, Bilbao and France.

A third cross-city tunnel for use by standard-gauge high-speed trains is due to open within the next few months, connecting Spain’s northern and southern high-speed networks for the first time, although initially it will not serve Madrid Puerta de Atocha station on the south side of the city. The new tunnel will enable high-speed services from Seville, Malaga, Toledo, Alicante and Valencia to reach Chamartin.

Additional capacity is needed at Chamartin to cope with the steady expansion the high-speed network in northern Spain. The plan calls for the station to be expanded east over the terrain currently occupied by Renfe's headquarters, where 10 more platforms will be added to reach a total of 31.

Under the final configuration, the 18 easternmost platforms will be allocated to high-speed services compared with six today. Each platform will be 420m long. The remaining 13 platforms will be used by commuter, regional and other broad-gauge trains.

The “Chamartin Operation” project will also include a capacity boost for commuter services thanks to the construction of two flyovers at the northern end of the station in addition to the existing pair, to ensure not only an easy flow of empty stock to and from the nearby Fuencarral maintenance depot, but also to reduce conflicting movements and increasing operating flexibility.

As a result, it will be possible to route any broad-gauge train between either of the two existing Atocha - Chamartin tunnels and the three lines running north, without intersecting their respective paths. This will increase commercial speeds through the Charmartin area and make it possible to create new suburban services, for example to connect Sol in the city centre with Barajas Airport.

The current station building will be expanded, with new facilities created over the new tracks and with ramps replacing escalators. The enlarged station will also have space dedicated to check-in and security controls for passengers using high-speed trains. This is currently being undertaken on the platforms at Chamartin due to the lack of space in all types of weather.