BRITAIN's secretary of state for transport Mr Patrick McLoughlin announced on September 30 that electrification of the Trans-Pennine route from Manchester to Leeds, York, and Selby, and the Midland Main Line (MML) from Bedford north of London to Nottingham, Derby and Sheffield will resume, albeit under a revised timeline. 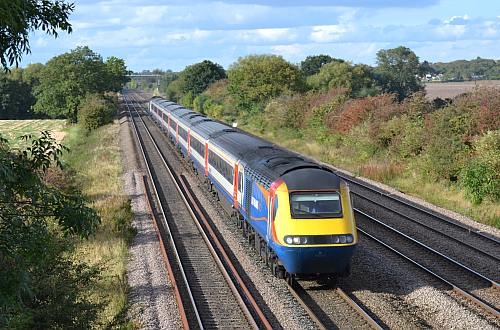 Both projects were halted in June, when McLoughlin informed parliament that a review would be carried out into infrastructure manager Network Rail's (NR) capital programme for the 2014-19 funding period (Control Period 5) due to significant cost overruns on a number of key projects.

To carry out the review the government appointed former London transport commissioner Sir Peter Hendy as chairman of NR. In a letter to McLoughlin dated September 29, Hendy recommended that work should resume on both projects.

Hendy notes that infrastructure enhancements are continuing on both routes to increase capacity and improve journey times and these have not been affected by the decision to suspend electrification works. However, on Trans-Pennine, he states: "in order to ensure expenditure is not wasted on abortive works, a full planning exercise should start immediately with the relevant parties - NR, the Department for Transport, and Transport for the North - involved. This will establish a firm detailed design which increases benefits to passengers compared with the paused scheme, and this will be completed by the end of 2017."

Hendy suggests that as part of this process NR and other stakeholders will need to consider how to keep this busy line operational while also ensuring adequate access to the infrastructure for electrification works. "My advice is that commencing electrification at the beginning of 2018 (with some enabling works carried out before then) could result in delivery by the end of 2022," he says.

Hendy also recommends that work on the MML should restart with the electrification of the line from Bedford to Kettering and Corby by 2019. The line north to Derby, Nottingham and Sheffield could be electrified "in stages" by 2023.

Previously the Trans-Pennine electrification was due to be completed by 2020, while on the MML wires were due to reach Nottingham by 2019 and Sheffield by 2020. By pushing the completion of these projects back the government will be able to allocate funding from NR's budget for 2019-2024 (CP6), enabling CP5 funds to be directed to other faltering schemes such as the electrification of the Great Western Main Line from London to Bristol and South Wales.