A festival was held at Kluse station on the unique suspension railway in the German city of Wuppertal on December 18 to mark the entry into service of the line’s new fleet of trains. 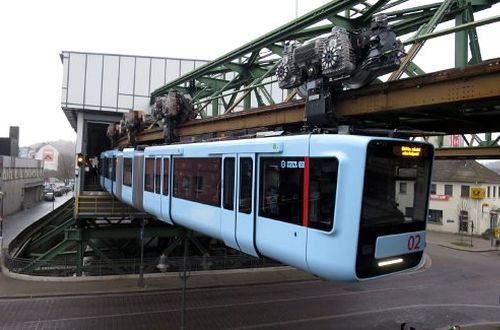 The trains are being assembled at Stadler Rail Valencia's Albuixech plant near Valencia in Spain, while Vossloh Kiepe is producing electrical equipment for the fleet at its Düsseldorf facility.

Five trains are now in passenger service and the remainder of the fleet is due to enter service by early 2018.

The 13.3km line from Oberbarmen to Wuppertal city centre and Vohwinkel opened in 1901 and carries around 80,000 passengers a day.