NORWAY’s Ministry of Transport has instructed the Railway Directorate to update cost estimates for a rail link to Tromsø, the largest city in northern Norway and the third-largest in the Arctic Circle. 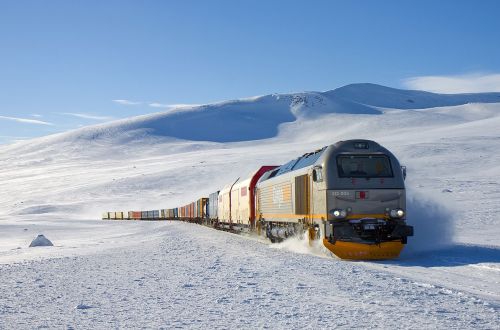 The line would run north from a junction with the Trondheim - Bodø Nordland Line at Fauske to meet the Kiruna - Narvik heavy-haul line before continuing north to reach Tromsø.

In its report The Role of the Railway in the North, which was published in 2011, infrastructure manager Jernbaneverket (now Bane Nor) estimated that the cost of connecting Tromsø to the national railway network would be DKr 40-60bn ($US 4.8-7.2bn). This did not include any assessment of the socioeconomic impact of the proposed line.

The Ministry of Transport says a socioeconomic assessment will be carried out as part of the new study.

“A railway from Fauske to Tromsø has long been a wish for many in the region,” says Norway’s transport minister Mr Ketil Solvik-Olsen. “However, rail development is expensive, and the distance is great. Therefore, in assessing the possibility of a railway, costs must be weighed against the value of the project.”