THE Dutch Ministry of Infrastructure has fined both Netherlands Railways (NS) and Prorail for failing to meet contractually-agreed performance levels. 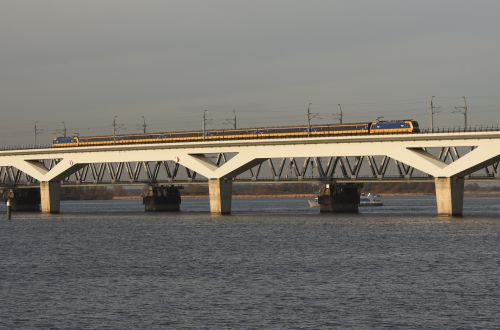 NS will have to pay €1.25m to the ministry as the benchmarks for operation of domestic services on the HSL South high-speed line was not met in 2016. Prorail is also facing a €1.05m fine for poor performance on HSL South.

Under the "three strikes out" principle applied in the core network concession, NS could face competition on HSL South if it fails to meet contractual targets for these services in the future.

The government has invited passenger lobby groups to submit ideas on how the money can be spent in a way that benefits passengers.

While the government acknowledges that the performance of both NS and Prorail is improving in areas such as passenger information and reducing disruption to passengers from engineering works, performance on HSL South continues to cause concern. Overcrowding is an issue on peak IC Direct services and punctuality remains poor. From this year, NS and Prorail will share responsibility for punctuality on the high-speed line.

This is the second consecutive year that NS has failed to meet targets for seating capacity. If market research currently underway shows that cooperation with another operator could lead to improvements on HSL South services, NS may have to prepare for changes. The findings of this study are due to be made public in the summer.

Secretary of state for infrastructure Mrs Sharon Dijksma is positive about other aspects of NS’ performance and acknowledges improvements in passenger information, the tripling of onboard Wi-Fi capacity, sustainability, and improving conditions for passengers with reduced mobility, the latter in cooperation with Prorail. However, NS is still facing major peak capacity issues and overcrowding continues to be a problem.

In addition to the problems on HSL South, Prorail failed to meet minimum standards for freight punctuality. However, the infrastructure manager is credited with improving its financial management and communications with stakeholders in the railway sector.