SWITZERLAND's largest private railway BLS has awarded IG Valbt, a consortium of Swiss engineering companies led by SRP Ingenieur, a contract to plan to the extension of double-track in the Lötschberg Base Tunnel. 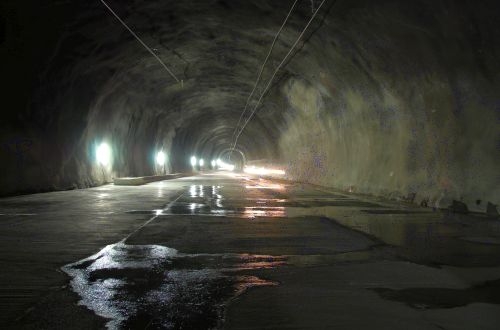 The 34.6km tunnel was opened in 2007 but in order to bring increasing costs under control only a single track was installed on the 21km stretch between the northern portal near Frutigen and the southern crossover between the running tunnels at Ferden.

Under the contract awarded by BLS, IG Valbt will complete planning for the installation of a second track on the Ferden - Mitholz section, with an option for planning the completion of the second Mitholz - Frutigen running tunnel.

Funding for planning the Ferden - Mitholz project has already been allocated by the Swiss federal government through the FABI rail infrastructure fund. The Lötschberg Base Tunnel, together with the Gotthard and Ceneri base tunnels, is an essential part of Switzerland's New Railway Link Across the Alps (Neat) programme. However, due to the length of the single track section, the tunnel is already operating at capacity. BLS says expansion to full double-track operation is vital to ensure efficient operation and continue Switzerland's modal shift policy for transit freight crossing the Alps.