EVENT organiser Terrapinn and Spain’s railway industry association Mafex have announced the postponement of the Rail Live conference and exhibition in Madrid on March 31-April 2 due to the coronavirus epidemic. 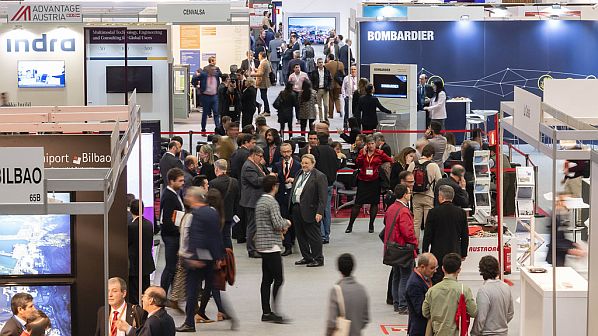 The Rail Live conference and exhibition, which was due to take place in Madrid on March 31-April 2, has been postponed due to the coronavirus epidemic.

“We believe that we reached the point where it would be, in effect, impossible to deliver the event in anything like a recognisable form,” said Mr Sean Willis, managing director of Terrapinn and Mr Pedro Fotea, director general of Mafex, in a joint statement. “We believe that this action is now the only responsible decision as organisers, and in light of the recommendations from the health and public administration authorities in Spain.”

Terrapinn and Mafex are trying to find alternate dates to host Rail Live in the latter part of this year. “We are of course aware that in any normal year we wouldn’t do this,” Willis said. “But I think for all of us this is not going to be a normal year.”

The postponement of Rail Live follows the postponement of IT Trans in Germany on March 3-5, the Rail Forum Europe conference on the EU’s Green Deal on March 18, and the International Union of Railways’ (UIC) World Congress on High-Speed Rail in Beijing which was due to take place on June 30 to July 3.

The UIC has launched a Covid-19 task force to disseminate best practice on limiting and managing the spread of coronavirus. The task force, which held its first meeting by video-conference on March 5, will monitor developments related to coronavirus, work with other international organisations and health authorities, exchange current best practice and solutions, and issue potential measures for railways to adopt according to the relevant risk level. The next task force meeting is scheduled for March 17 at 13.00 CET.