Rail to play key role in Britain’s One North project

PROPOSALS to invest £10-15bn to enhance transport links in northern England have been announced today by the cities of Liverpool, Manchester, Sheffield, Leeds and Newcastle. 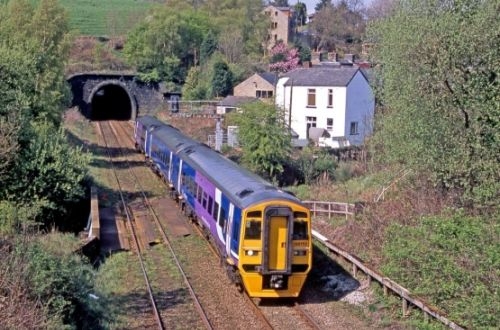 The objective of the One North project is to increase capacity and cut journey times between these cities enabling them to function more cohesively and boost economic development.

The report says that while road is the dominant mode of transport in northern England, the already-congested network cannot meet forecast growth, and while rail is the mode that is growing most strongly, the network suffers from lack of investment. Average speeds on rail links between the cities, excluding Newcastle, range from 64km/h to 92km/h and the number of paths per hour range from one to five, meaning rail journey times are uncompetitive and train frequencies are low.

The report notes that while current plans for electrification and the Northern Hub project centred on Manchester will go some way towards improving the quality of infrastructure, they will not deliver the additional capacity needed. Nevertheless, One North calls for more electrification and introduction of more trains by 2024.

One North proposes accelerating construction of the Sheffield - Leeds section of HS2 which would form part of a new 200km/h line from a triangular junction between these two cities running west to Manchester, Manchester Airport and Liverpool. The £5bn line would require a new tunnel beneath the Pennines. With completion anticipated in 2030, the new line would increase rail capacity between these cities by up to 150% and cut journey times in half. A new 225km/h line is also proposed by 2026 between Darlington and Newcastle to parallel the existing double-track East Coast Main Line.

The new trans-Pennine line would be built to a continental European loading gauge to accommodate double-deck trains and provide sufficient clearance for high-cube container and piggyback freight trains. There would also be investment to improve railfreight terminals and links to major ports such as Liverpool. The objective is to increase freight train movements by up to 65%.

Rail North also calls for the construction of new cross-city lines in Liverpool, Manchester, Bradford, Leeds and Newcastle by 2026.