THE German subsidiary of Railroad Development Corporation (RDC), United States, has received a small boost to its plans to launch a car carrying service linking the North German island of Sylt (which only has a rail connection to the rest of Germany) with the mainland. 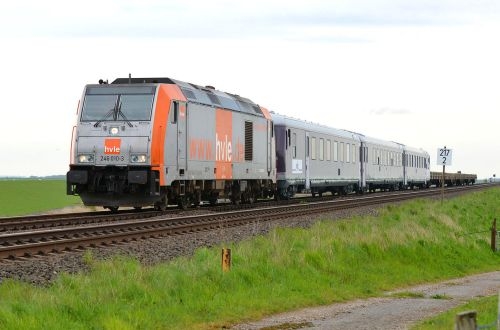 On November 17 RDC announced that German infrastructure manager DB Networks had offered the company seven additional guaranteed train paths for 2016-2020. RDC Germany intends to begin operating next month when it will launch services in competition with German Rail (DB) long-distance passenger unit DB Fernverkehr. At least one of the paths now awarded to RDC has been relinquished by DB, which currently operates the car carrying service under the Sylt Shuttle brand.

In January, following applications by both DB and RDC, DB Networks presented the draft framework contracts to the regulator proposing the replacement of the long-standing DB car carrying trains with a new service operated by RDC. However, in February the German Federal Networks Agency instructed DB Networks not to sign draft agreements for train paths on the route.

RDC subsequently launched legal action contesting the regulators decision, but this was unsuccessful. The Federal Networks Agency argued that the proposed framework agreement allocated more of the line's overall capacity than is permitted under German railway law.

The agency's decision suggests that 50% of the route's capacity (two paths per hour) will have to be allocated annually four months before every timetable change, making long-term planning for any operator almost impossible. Capacity is limited because 22.2km of the 39.3km route between Niebüll and Westerland (Sylt) is single track and the line is equipped with manual signalling.

The regulator then instructed DB Networks to present new proposals. The seven additional paths announced on November 17 have been approved by the Federal Networks Agency.

Mr Carsten Carstensen, managing director for RDC Germany, said in a statement on November 17: "We are pleased that our ongoing efforts to gain further paths has succeeded. This enables us to provide more car shuttle connections to the island and each additional path gives us more planning security for staffing and operation of the services."