THE municipality of Rotterdam and Rotterdam's public transport authority, Rotterdam City Region, have agreed to retain Rotterdam Electric Tram (RET) as the operator of metro, tram, bus and boat services in the Rotterdam area until 2026. 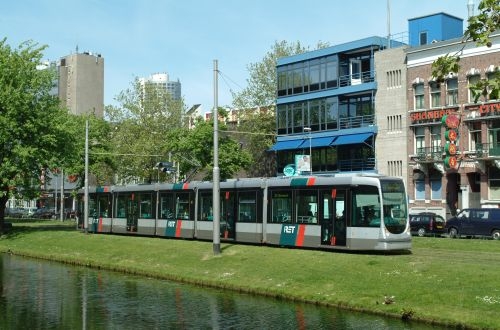 RET's shares are entirely owned by the municipality of Rotterdam and it has been providing public transport in some form in the area since 1905. It currently operates 11 tram lines, five metro and light metro lines, and 30 bus routes.

However, RET faces a substantial challenge over the next 13 years as the budget for public transport declines considerably. In 2014 the rail concession subsidy will fall by almost €14m from €125m in 2013, with a €26.9m reduction from the 2013 concession figure expected in 2017.

RET is though refusing to raise fares to meet this shortfall. Instead it is aiming to increase ridership on its services by 4% annually, and boost revenues by opening up the metro system and other public transport property to more commercial installations. Furthermore the company is looking to improve efficiency of operations and cut costs where possible.

Among the infrastructure improvements on the horizon is the addition of the heavy rail line from Rotterdam Central to Hoek van Holland to the city's network. Light metro services are planned for the route which will also connect with the Rotterdam metro system. This service is expected to be profitable, and could attract up to 40% more passengers compared with existing train services.