Richard Lutz set to be next DB CEO - reports

GERMAN Rail (DB) is expected to appoint current chief financial officer (CFO) Dr Richard Lutz as its next CEO, succeeding Dr Rüdiger Grube who resigned in January. According to German media reports, DB’s supervisory board is expected to confirm the appointment at a meeting next week. 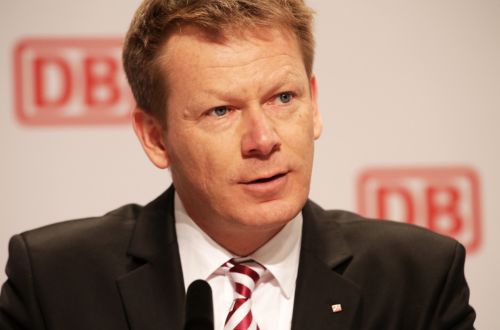 German business newspaper Handelsblatt says it has retrieved information confirming the upcoming appointment and cites sources at DB who say Lutz has the right level of expertise and is the best candidate for the job.

The newspaper also understands that DB is set to shake-up its executive board, with two new posts set to be created, one relating to digitisation and technology, and a second to oversee its freight activities. Further details of this are also expected to be announced at next week’s meeting.

Grube resigned from DB after talks over a contract extension broke down. Grube was said to be looking for a three-year extension, but he was reported only offered two years.

Lutze, 52, joined DB in 2004, and has served as CFO since 2010. He was appointed chairman of the executive board following Grube’s departure.